Will I Rage? Dead by Daylight 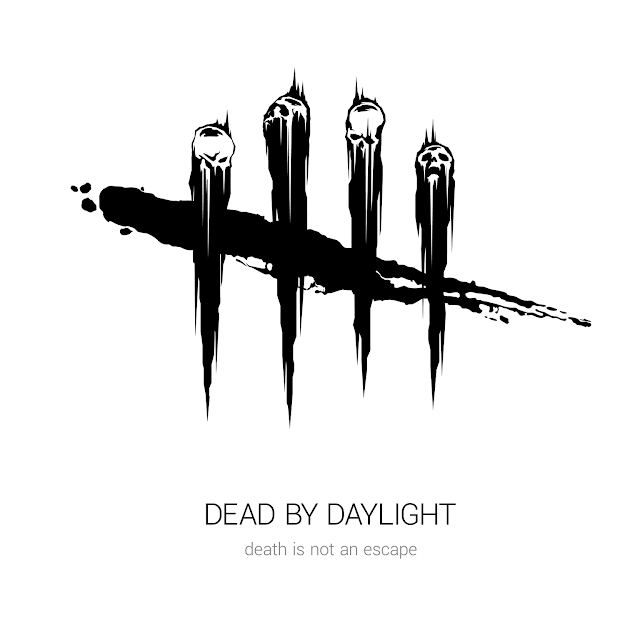 If you know me at all, you know that I am a huge horror fan. This includes games, films and everything between. With that said, the fact that the slasher genre is making a huge showing this year in the gaming world has me super hyped up. I managed to play some of the open beta for Dead by Daylight the week prior to release and to be fair I thought the game was pretty good, but had some serious faults. Now that the game has come to full release, I decided now is the time to ask Will I Rage? Dead By Daylight 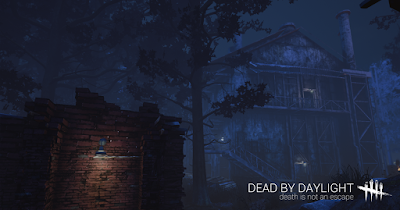 The first thing I'd like to say is that I really do enjoy the feel of the game. The maps are the perfect size and give the perfectly creepy vibe you'd want and expect from a title such as this one. My one complaint is I'd have liked to see 4-5 maps upon release instead of the couple it gives. Even with only a couple though the game still manages to keep that fun factor for hours and hours of binge gaming. With the maps not being gigantic it is fairly simple to memorize the lay of land quickly which I think is a good thing. In each map your goal as a survivor is to get the generators working, open the gate once you do and escape.......or if you happen to luck into finding it, there is a trap door for easy escape. The trap door for me has been a unicorn. I know a few spots that it can spawn, but never seem to be able to find it in the heat of a match. The killer on the other hand. His job is to kill everyone. Sounds simple enough right? Well, not really.

The problem with playing as the killer is, unless you choose the super overpowered wrath then your wondering around being kited by people constantly. One thing I hate is the whole jumping a window, circling the structure and doing it over and over again trick that tons of survivors seem to exploit. On the flip side, the killer will hook you, and just stand there so that none of the survivors can come even attempt a rescue. While both tactics are legal, I find them to cheapen the experience.

Speaking of survivors and killers.......I'd again like to say that I'd like to see more choices, as well as more VISUAL upgrade choices. I'd like more outfits and skins for each to drop since I am in fact a customization junkie at heart. I'd also as the killer like to have more ways to kill my prey than simply hanging them from a hook, to watch unexplained tentacles sweep in and impale my victims. This is where I think Friday the 13th will shine with multiple different ways to kill survivors. It gets boring only being able to use a hook when I'm clearly carrying a weapon capable of mass murder. Just sayin'. On the flip side even though I wouldn't mind a couple more escape/survival options I'm actually fine with the teamwork needed to power the generators, or the ability to say "screw it" and leave through the trapdoor. 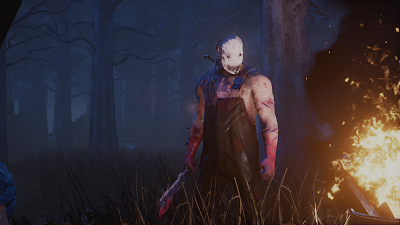 The one thing I'm really NOT ok with is the fact there is no party system for joining ranked as survivors. Now some people argue that it isn't fair for the killer. Well what I have to say to that is I agree. However, "Kill your friends" mode requires actually having a full group and killer. What if I only have 1 or 2 friends online at a time? Not being able to team up with a buddy or two to queue while understandable totally ruins the game for a lot of people myself included. If I wanted to play a single player survival horror game I'd play Outlast, Layers of Fear, Alien: Isolation or one of a number of amazing survival horror single player titles. The shining light here is that the devs have seen the backlash and decided to allow a "Survive with friends" mode where you can in fact team with a few buddies in ranked play. I honestly don't think this will be a huge disadvantage to the killer either. It is a disadvantage but lets face it. When the poo hits the fan, I'm willing to put my money on the fact that you'll find out your buddy is going to leave your ass on that hook while he escapes. I know I would. With the current survivor system there is no communication at all between the survivors. No chat or even quick gestures. This leaves the experience a lonely feeling with no real reason to ever work with anyone, or save the life of anyone. After all, no one ever even really acknowledges your presence. 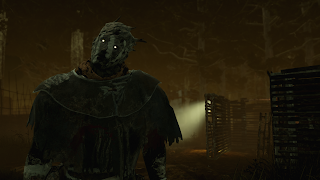 All in all, for the first of a few promising slasher titles releasing this year I think that Dead by Daylight is a good start, with a promising looking future as long as they keep listening to their fan base and bring out new maps, killers, survivors and content on a somewhat regular basis. I personally play a couple of matches a week on stream right now and love it. But until they implement teaming up with my followers and friends it isn't really something I can go hardcore on. The gameplay is fun, the sounds and graphics are very well done and make you feel that sense of being hunted by a homicidal maniac with evil tentacle spawning hooks of doom. I think more content both maps and more playable characters will be needed for longevity as well as the ability to queue with friends that is confirmed to be coming SOON. I will be taking another look at this one in a month or two once they've put in some work on fixing the issues that plague the game right now. Even with all the issues and bugs however, I will say that for a price tag under 20 dollars this one is totally worth it.